In this episode of the podcast, Next City Executive Director Lucas Grindley talks with Rosanne Haggerty and Jake Maguire from Built for Zero.
November 9, 2021 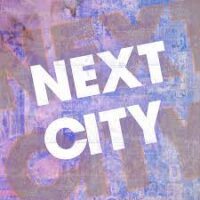 From Next City Podcast

There is no one-size-fits-all solution for homelessness. But there is a by-name database.

Organizations countering homelessness are teaming up and sharing data and resources as they pledge to “end homelessness” in their communities. That unifying goal is what drives implementation of “Built for Zero,” a program that Next City reporter Jared Brey has followed as it’s implemented in city after city.

In this episode of the podcast, Next City Executive Director Lucas Grindley talks with Brey, and with Rosanne Haggerty and Jake Maguire from the organization that runs Built for Zero — Community Solutions.

“Almost everybody in this sector for a long time has popularized the slogan that we’re working to ‘end homelessness,’” says Maguire, a principal at Community Solutions and co-director of Built for Zero. “What they haven’t done is gotten really serious about how you would measure that. So in some ways it really has become a bit of a slogan — as opposed to a real goal or an end-state that we’re all actually believing we could really achieve.”

“It’s not that you’re offering a vision that people feel is so foreign; it’s usually what motivated them in the first place,” says Haggerty, president of Community Solutions. “But they’ve kind of lost touch with whether that’s achievable.”

Listen to this episode below, or subscribe to Next City’s podcast on Apple and Spotify.