The city was one of two selected for a unique testing program focused on homeless populations
May 13, 2020 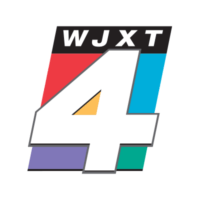 Tests were provided at every Jacksonville homeless shelter along with two pop-up locations during the week of May 4, according to the nonprofit organization. None of the 679 individuals screened as part of the effort tested positive for the disease, which is caused by novel coronavirus.

Jacksonville was one of two cities selected by Quest Diagnostics for the program. The other city, Phoenix, confirmed the first known case among its homeless population May 8, according to the Arizona Republic.

The effort was made possible by a partnership with Quest and Community Solutions, a nonprofit that seeks to eliminate homelessness. Sulzbacher partnered with UF Health Jacksonville to test individuals at its facilities as well as City Rescue Mission, Clara White Mission, Trinity Rescue Mission, Salvation Army and Hubbard House. EPIDEMIC Podcast with Dr. Celine Gounder and Ronald Klain: Without Shelter in a Storm